European Green Deal: which groups are calling for action?

All political groups have prepared position documents outlining their vision for an energy transition. But how do they measure up on ambition to address energy poverty? Here’s our analysis. 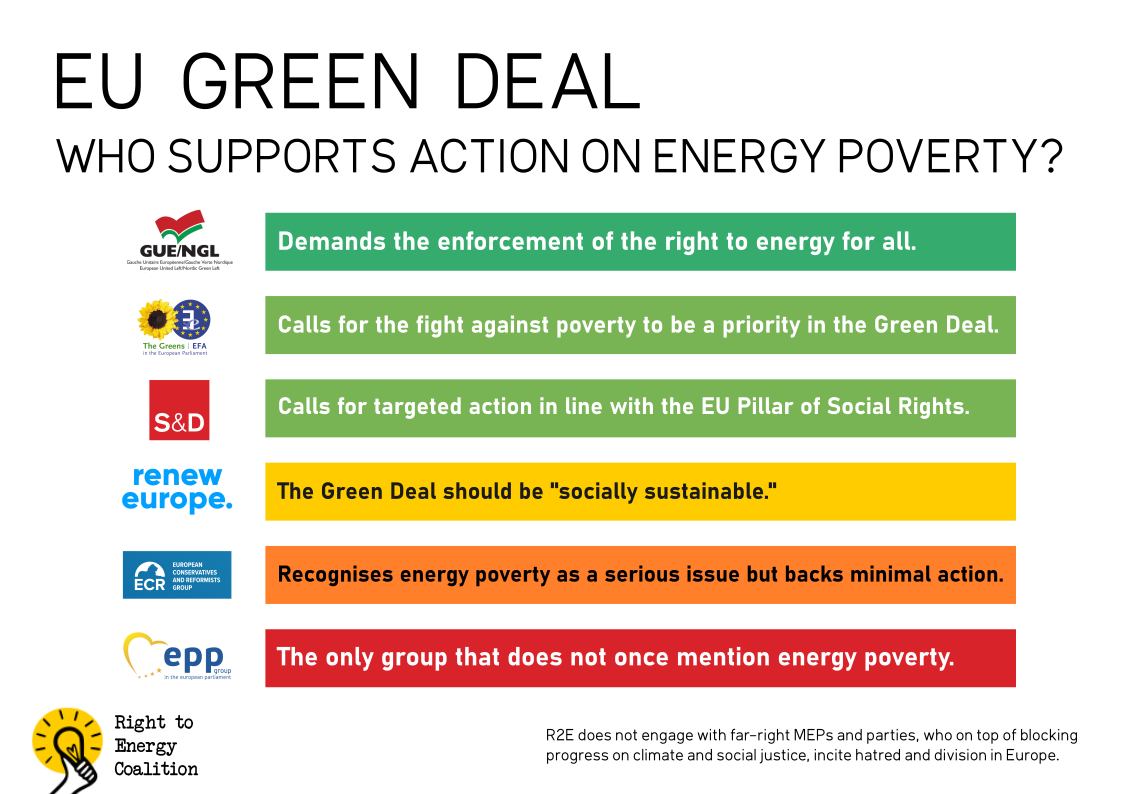 The European Left Group adopts a clear rights-based approach, recognises the links between climate change and social inequality, and pushes for the adoption of bold policies to ensure all EU citizens be provided with energy and decent housing.

Recognising the Green Deal must be socially fair to succeed, the Greens call for energy poverty to be prioritised, and for specific actions to be taken to accelerate efforts to address it.

The S&D calls on the EU to enforce the European Pillar of Social Rights to address energy poverty and calls for specific measures to be put in place to accelerate efforts.

Renew Europe welcomes the Renovation wave and calls for communities to be provided with the needed tools to fight energy poverty. This is a welcome development from the group, which had not mentioned energy poverty in its 2019 election campaign manifesto.

The ECR recognises the issue of energy poverty but is pushing for minimal action in setting both climate targets and measures to alleviate it.

The EPP is the only group that does not to mention energy poverty in its position.

NB: R2E does not engage with far-right MEPs and parties, who on top of blocking progress on climate and social justice, incite hatred and division in Europe.

Read our own position on the Green Deal here.