A right to energy or energy rights?

Last week was a very busy one for energy geeks. In Brussels, in parallel to the European Sustainable Energy Week gathering all kinds of project representatives around thematic workshops, the Right to Energy Coalition organised its first forum, and the COST Engager research platform met for an executive committee meeting. Later in the week, I was invited to Paris by the Jacques Delors Energy Centre / Horizon 2020 ENABLE.EU for a conference on the changing role of consumers and the rollout of smart meters. 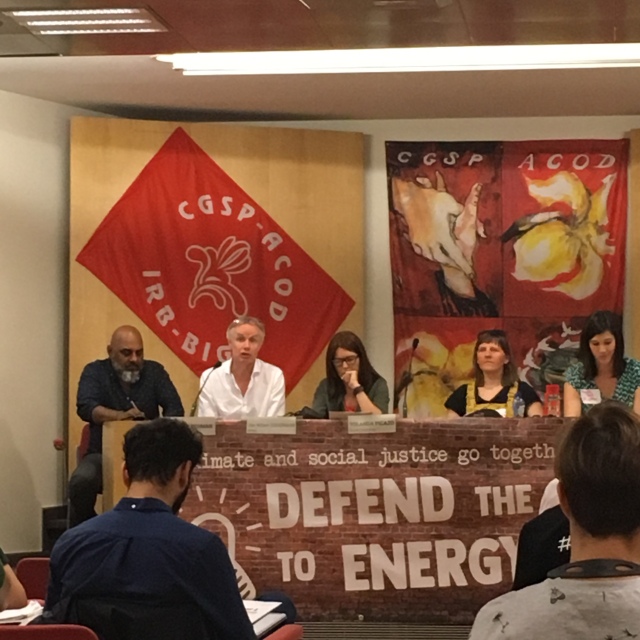 Given the quality and diversity of profiles of participants of the Right to Energy Coalition forum, I organised a 1.5-hour workshop on access to rights and energy poverty for the ESRC JustEnergy research project, where an adaptation of this post was originally published.

Life after the Clean Energy Package: Member States enforcement and the National Energy and Climate Plans

A broad community of energy poverty activists attended the Right to Energy Coalition forum. The tone of the event, led by environmental organisations, trade unions, cooperatives and anti-poverty organisations, was echoing the student marches and strikes for the planet led by Greta Thunberg. Participants expressed sharp criticisms against liberalised energy markets and their ability to deliver for the most fragile elements of our societies. The discourses were deeply contrasting with the more conventional ambience of the European Sustainable Energy Week (EUSEW). The EUSEW was the first since the full adoption of the Energy Union strategy and the Clean energy package set of directives which aimed to “put the consumer at the centre”. 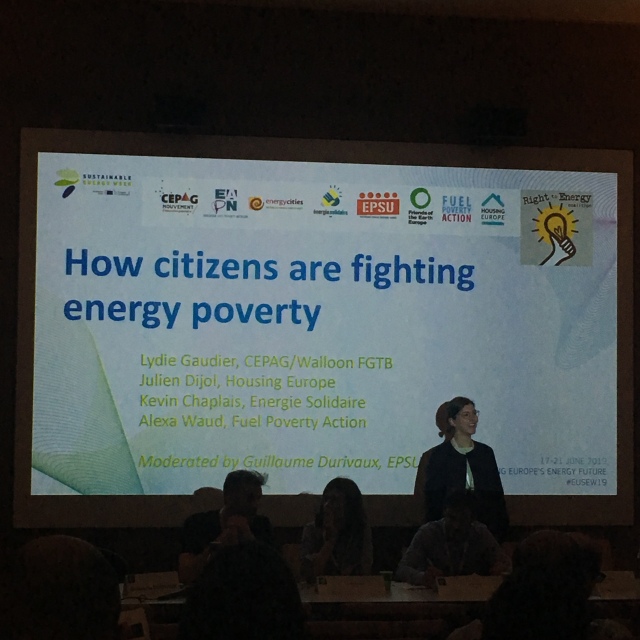 However, the issue of National Energy and Climate Plans (NECPs) equally ignited both arenas. Last week, the European Commission published its analysis and recommendations for the EU Member States on their draft NECPs. The conclusions are crystal clear: EU countries must strengthen their national plans to reach Europe’s climate, consumer protection and energy poverty targets. The draft NECPs fall short by of up to 6% percentage points to the EU’s 32.5% energy efficiency target by 2030, according to the assessment made by the European Commission.

Likewise, NGOs recent analysis of the draft NECPs found a lack of ambition and concrete measures – particularly in the transport, buildings and agricultural sectors – the key areas to achieve deep emission cuts. Energy poverty and the role of citizens energy communities have been overlooked. Overall, draft plans were developed without a sufficiently inclusive dialogue with relevant stakeholders, such as local and regional authorities, civil society organisations and citizens. Governments now have six months to close the gaps and present the final plans.

Access to rights and energy poverty: how could we simplify the process for the most vulnerable, how can we ensure better enforcement?

The Right to Energy Coalition emerged as a grassroots movement to take on climate change and lack of social fairness. The forum gathered activists, trade unionists, campaigners, and people from all over Europe working on energy poverty, energy democracy, community energy, and a socially fair energy transition. One of the main concerns expressed during the forum is that unfair and unambitious climate policies have so far, been paid by the poorest and most fragile elements of our societies. The billing process and the invoicing structure are likely additional drivers of vulnerability. 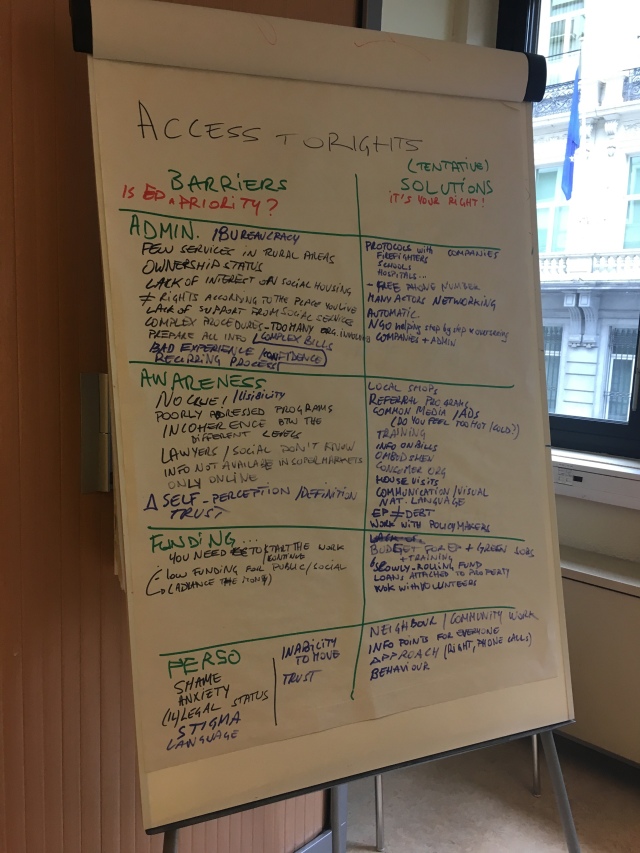 One of the main problems highlighted by social workers and NGOs working on energy poverty is the difficulty to identify households affected by this phenomenon. In many countries, such as Spain or Italy, vulnerable families do not automatically receive specific assistance for bill payments. The issue of having access to effective housing renovation programmes is even more complicated.

During the workshop, we analysed that throughout Europe, member states and local governments do not sufficiently address the issue of energy poverty. Participants agreed that NECPs are not going far enough for the energy poor. The help process for the most vulnerable and support structures are often too complex and prevent citizens from knowing and accessing their rights. Energy poverty is often not the priority of poor households, overwhelmed by other problems. Social services, public and private, which could help those households often feel powerless or lack resources to make a significant difference.

There are considerable gaps in awareness. For instance, renters do not know what to do and lack the tools to pressure their landlords, in particular regarding investments significant enough to improve energy efficiency in their dwelling. Fundings are not tailored to the needs. Often, households should be in a position to cash advance to start the retrofitting works or need more to continue at the same quality level. It is why personal advice and accompanied self-retrofit initiatives such as Réseau Eco-Habitat in France make a lasting difference.

Above and beyond all technical measures, however, it is the self-perception of the energy vulnerable that needs to be addressed. All participants mentioned the need to overcome the shame and stigma associated with energy poverty. It could be solved by a better approach, targeting communities rather than individuals, broadcasting simple ads and use direct and straightforward communication and open-access information points open to everyone, such as the energy assessment points in the city of Barcelona.

We concluded that every stakeholder needs to get onboard consumer protection and implement adequate measures for energy-poor consumers and acknowledge that consumers are citizens with rights.