Success! 35,000 families are freed from energy bill debts in Catalonia

Success from coalition member Alianza contra la pobreza energética @APE_Cat
On 29th March 2021, an agreement was signed with Endesa that will free 35,000 families from their energy bill debts!
The text obliges the company to assume more than 28 million euros, 73% of the debt accumulated since 2015, and contribute in a fund to face future non-payments.
The agreement closes the circle of Law 24/2015, driven by civil society. 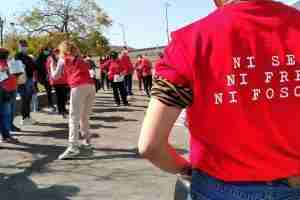 Now yes, more than five and a half years later, we have an agreement! The Catalan Administrations and Endesa have signed today a historic agreement, which will allow thousands of vulnerable Catalan families, about 35,000, to be released from the debt accumulated from 2015 to 2020 with the company and have guarantees not to accumulate new debts from now on. From the Alliance Against Energy Poverty (APE) we live this moment as a victory that we celebrate, especially for all these families who have lived in anguish for years because of the debt contracted with the company.

The text agreed today addresses the two major outstanding issues: the accumulated debt and future non-payments. Regarding the debt, Endesa will forgive 100% of the unpaid bills for these families between July 2015 and December 2018. The debt accumulated in 2019 and 2020, estimated at more than 21 million euros, will be shared equally between the company and the different Administrations. In total, it is estimated that Endesa will assume around 28 million euros (73% of the debt incurred by families since the entry into force of Law 24/2015). Regarding future non-payments, the creation of a Solidarity Care Fund is agreed, which will make it possible for the affected people to pay considerably less for their bills, thus avoiding the generation of new debts. Endesa and the Administrations will contribute 50% to this fund.

It has been a long journey, but the wait has been worth it, as today another stone has been laid to eradicate energy poverty in Catalonia. After the great achievement reached with the approval of Law 24/2015, driven through an ILP that banned supply cuts to vulnerable households, the first energy company in number of customers in the Catalan territory gives in and signs an agreement, which five years ago was totally unthinkable. And it was so because, despite the Catalan law, it became the most guaranteeing text in terms of basic supplies in our environment by establishing the mandatory consultation with the municipal social services before making a cut for non-payment; and the guarantee of the supply in case the family was in a situation of vulnerability, the 24/2015 could not impute the assumption of non-payments to the companies, due to the competence limits of Catalonia. Therefore, the debt was left in the hands of agreements that required consensus between companies and the Administration.

No energy company agreed to negotiate their content, with Endesa being the one that put the most obstacles to their signature. In 2017, in a first attempt to unblock the issue, Endesa refused to assume 50% of the unpaid invoices and torpedoed the negotiation. This refusal has led to the company accumulating more than 38 million euros in bills that the vulnerable families have been unable to meet since 2015.

In the summer of 2019, given the unsustainability of the situation, Endesa sent a letter to dozens of Catalan municipalities where it threatened to cut off thousands of vulnerable families if the councils did not take charge of half of the debt accumulated by them. What Endesa did not want to accept in 2017, two years later became the company’s framework for reaching an agreement.

At that time, a working group was created formed by the Generalitat de Catalunya, through its Departments of Labor, Social Affairs and Families and Enterprise and Competitiveness, the Provincial Councils of Barcelona, Tarragona, Girona and Lleida, the City Council of Barcelona, the Metropolitan Area of Barcelona, municipal entities and social entities, of which APE was part from the beginning. This space worked for months on a proposal for an agreement, which was presented in December 2019 by the hand of President Torra himself.

During the following months, and in the face of Endesa’s refusal to assume the total cancellation of the debt contracted by the families, as marked in the agreement proposal, we started a campaign (#MunicipisVsEndesa) where dozens of city councils throughout the territory approved motions demanding this measure to the company. At the end of July 2020, the members of the working group (Administrations and entities) came out publicly to denounce the attitude of the oligopoly company, which remained entrenched in the 50% with respect to the accumulated debt.

After months of negotiation, and with a worldwide pandemic in the middle, we have finally managed to move Endesa from its blockade and the company will have to assume more than 70% of this debt, an impossible milestone without all the pressure exerted from the street. Although we have fought until the end for a total cancellation on their part, we believe that the agreement reached is necessary and prioritizes the almost 35,000 families affected, who have been suffering the company’s harassment for years. For all of them, the signing of the agreement will allow them to start from scratch and get rid of that heavy backpack. Families with names and surnames, such as Cristina, with a debt of more than 1,400 euros; Vicky, with 1,000 euros in unpaid bills; or Yolanda, with more than 2,000, with whom we filed a lawsuit against Endesa’s debt collectors and their harassment practices. Many of them are APE’s fighting families who, as of today, will be able to live a little more peacefully…

We are aware that today is only a first step, an extremely important one, of course. From now on, we will continue working so that the Solidarity Care Fund is put into operation as soon as possible and no more family accumulates debt with Endesa and goes through the same as these 35,000 families. On the other hand, Endesa has been the first big company to fall, but we will not rest until the rest of the Oligopoly companies -including Naturgy and Iberdrola- sign the same agreement in the near future.

The current healthcare crisis will have a direct impact -as we have already begun to see- on tens of thousands of families who will not be able to meet their basic supply bills. In this context, we are clear that the game will be played at the state level and we will not stop until Endesa and the rest of the big companies assume 100% of the cost of energy poverty, for which they are directly responsible. For many Catalan families, today is a new beginning. For the APE, this victory is one more step towards achieving that all citizens have their right to energy and water effectively recognized.

Today, more than ever, NO THIRST, NO COLD, NO DARKNESS!

Well done to our coalition members and all campaigners for their hard work to ensure a right to energy in Catalonia.